Find me on:
LinkedIn

The Cloud has always been a nebulous concept, pun intended. Defining the benefits of the cloud in dollars and cents is also often more difficult because the language of cloud tends to be technobabble. A current hot trend is Software Defined Data Centers or Software Defined Networking, which end up being more words with multiple interpretations that mean little to a small business owner.

So in plain English, one of the key benefits and trends that continue is turning physical into virtual. In the “good old days,” life was simple. If you needed a computer, you purchased a computer. With cloud, providers have pooled computing resources to create economies of scale. This is akin to removing the generator from each building and purchasing power from a utility. Now the cloud utility carves up this pool of compute power into virtual computers and can sell them at a lower cost than individual computers.

Data centers with grouped computers in a cabinet was the start of cloud computing. Then as demand grew larger data centers started putting in cabinets as units and not trailer loads of computers as standard units of capacity. As the need for more computing power grew, the efficiency of each of these computers also increased further magnifying the economies of scale offered by cloud providers.

The next evolution was development of software to take advantage of the new computing paradigm. The first step in the process was to allow multiple companies to use the same set of code. It is less expensive to build apartment complexes in skyscrapers than single family homes. This of course means that your apartment is quite often the same size and shape as the one above or below you, but with proper locks on your door and security guarding the building you can feel safe and sound in your multi-family home.

Most of the new breed of software built as multi-tenant (or often called public clouds), took advantage of new browser based (Internet Explorer, Chrome, Firefox, Safari, etc.) programming as the user interface. At first these interfaces were less functional than the “traditional” client-server applications, but over time grew to near equivalency with traditionally programs. Many of these traditional programs were re-programmed to allow for multi-tenancy as well giving customers choice of on-premises or in-cloud deployment. Programs with choice often provided private cloud options which are essentially a single family home in the cloud. In private environments, companies can typically have more customization and an even higher level of security, at a higher cost.

The latest trends are geared at making the actual data center more software driven. Just as moving individual computers into larger blocks of power, now the other data center components are being re-designed for greater reliability. Software Defined Networking is moving wires into code to provide more flexibility and security. In your office a wiring specialist had to run cable to connect all the offices to a switch which is connected to the internet and your server(s). If a wire was damaged or a port on the switch went bad, that user was down. Data centers had the same problem, so computers were built with multiple connections for more speed and redundancy. Now these clouds hold multiple customers (and virtual computers) going through the same cable, so faster fiber cable was required and new security concerns arose. This has resulted in new software that can secure and segregate information into secure connections that can be routed to specific customer computers within the data center. Think of this as your company’s personal commuter lane on the freeway.

All this newfangled technology is enough to make a business owners head spin, but that is what makes cloud computing so popular. A trained technician can now support a much larger customer base using these new software tools and concentrated compute power. The key in the new era of cloud computing is finding the right business model and partner for your business, but that is the subject of another article. 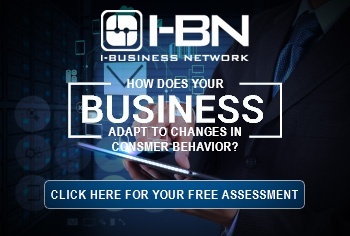